If this beautifully written piece does not excite and inspire you with grand possibilities, then I do not know what will. There is so, so much more to everyday waking life. If you seek to understand life’s mysteries and embrace the truths of God, Prophet can show you the way. 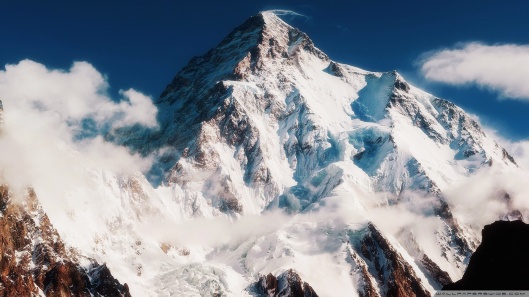 Fresh snow danced across the huge stone steps leading up to the doorway of an ancient Tibetan monastery. The jagged peaks of the Himalayan Mountains towered around us silhouetted by the fading evening light. Slowly, the temple door opened.

My body was thousands of miles away sitting peacefully in Virginia. Our spiritual journey was being guided by Del Hall. After singing HU, a love song to God, my consciousness had shifted naturally away from my body much like in a dream, to the distant Tibetan evening. Del’s whole class waited excitedly on the stone steps. This is a very real place; our spiritual journey had brought us here in full consciousness.

An ancient monk clothed in white reverently greeted Del by the immense wooden doorway. They spoke for a moment and observed our group of newcomers. As the door opened it revealed a massive rotunda bursting with light. The light filled my being with hope, reverence, and love. This was no ordinary light. It was the Light of God. As the light shone upon our group I felt it purify, uplift, and nourish me spiritually. Clearly this was no ordinary temple. It was a true Temple of God, ordained and sustained by Him directly, unspoiled by the hand of man, and accessible to man only under the guidance of a true Prophet of God.

Del and the white-robed monk led us into the temple. Our small group paused just inside the door, absorbing the scene with awe. Workers in the temple moved purposefully about the rotunda busy in the responsibilities of this sacred sanctuary. The light seemed to come from everywhere at once, filling every corner and leaving no shadows. I watched the white-robed monk ascend a beautifully curved staircase, his hand upon an ornate golden banister.

He observed our group steadily. Slowly his gaze met mine and he spoke a single word: “Love.” The energy in his voice entered my heart like an arrow! The single word spoke more than many volumes of literature, more than any eloquent speech. It was more than a syllable, more than a word. A mountain of wisdom and meaning surged behind it. It reached deep within me, speaking to the innermost part of my being, Soul, the true self.

The power of his message still reverberating within me, a gentle hand touched my arm. A worker from the temple led me to a hidden staircase descending into the foundation of the temple. He motioned me forward and I walked carefully down the stairs. Before me hung a narrow rope bridge leading to a stone platform. In the middle of the platform a small fire burned. And on the other side of the fire was the white-robed monk himself, sitting hooded and cross-legged. Behind him stood two full bookshelves holding ancient texts from forgotten kingdoms.

I crossed the bridge eagerly, but with a slow and measured pace. I sat across the fire from him and his deep gray eyes met mine. Immeasurable love and peace emanated from him. Not a word was spoken but I found myself drawn into his eyes, like an invisible force pulling me into another world. I traveled into his eyes as Soul. Everything changed; eternity seemed to exist in a moment. The Temple Guardian’s endless eyes became my entire universe. Love was everywhere, but not love as I had known it before, it was a love that transcended emotion, time, religion, everything. I had truly experienced God’s Love. In the days following this experience I was able to share it with the class. Others had similar experiences, personalized for their own spiritual growth. Del guided me in understanding these sacred events. He told me that this teacher had used a single word, such as “Love,” to teach others before. Since the class the word he spoke has unfolded into hundreds of different nuances and applications.

Del explained that the basement seemed to represent the “cave of fire,” a spiritual rite of passage that all seekers must go through on their journey home to God. This is a period of great trial and tribulation. This proved to be an accurate interpretation, for the next several years were a period of intense honesty and self-discovery. This was not always easy! But it led to a state of greater peace, freedom, and stability. Somewhat, one might say, like crossing the narrow rope bridge in the temple onto the solid stone platform.

This took place during my first spiritual class at the Nature Awareness School. In the ten years that have followed, it became clear that this was only the tip of the iceberg. 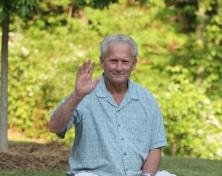 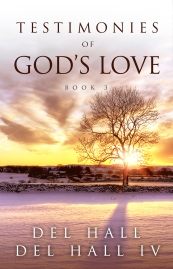 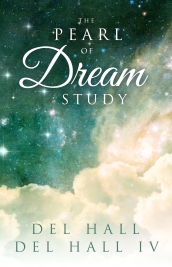